The 1911 census was taken on the 2nd April and contains millions more records than the previous 1901 census. This is the first available census to be filled in by your ancestors, enabling you to view your ancestors handwriting.

The 1911 is thought to be one of the most important record sets as it will show family records in detail before the WW1. It will give details of where your ancestors lived, who with, age, place of birth and occupation as you would expect. 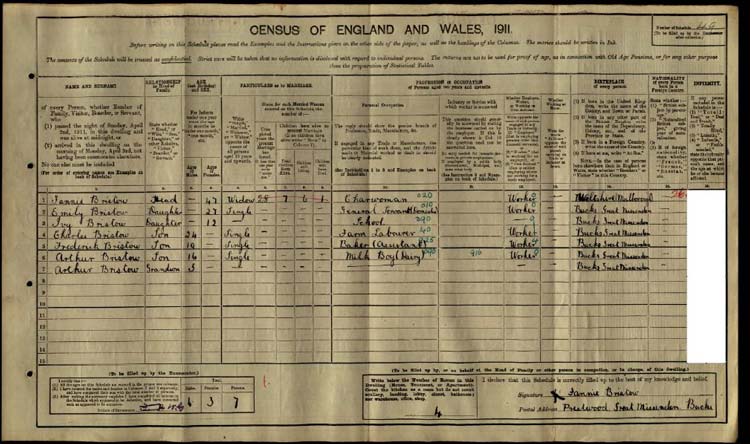 A page from the Buckinghamshire 1911 Census (from TheGenealogist.co.uk)- as you can see, the 'Infirmity' column has been removed to protect privacy.